Join us on the 4th of May as we meet with members of the Queens Delegation from the Senate and As...

Join us on the 4th of May as we meet with members of the Queens Delegation from the Senate and Assembly.

We know many of you were disappointed that once more we could not make our annual trip to Albany this year, so we are bringing Albany to you once again. Don't miss this opportunity to hear from our elected officials and celebrate along with the rest of Queens.

This event will be held as an online webinar on the Zoom online meeting platform. Please use the link below in order to participate in the webinar. 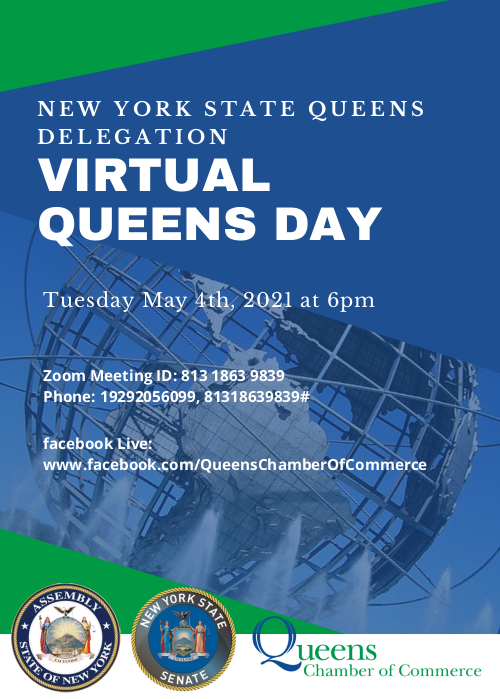 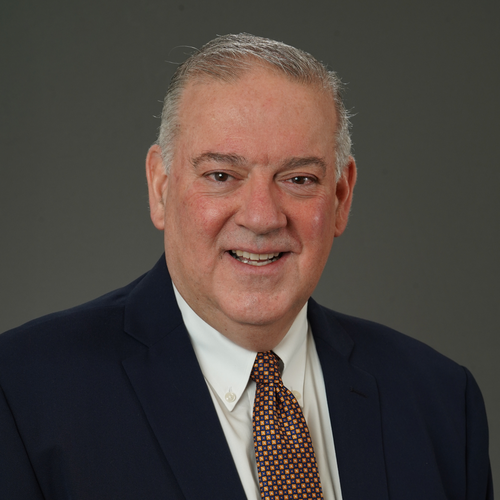 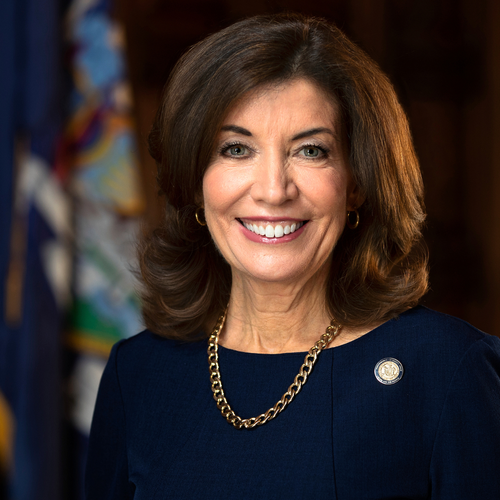 Donovan Richards Jr., a lifelong resident of Southeast Queens, was elected as Borough President in November of 2020.

Growing up he lived in Jamaica, St. Albans, Hollis, and Rosedale, with frequent visits to grandparents who lived in the Rockaways. He attended Jamaica High School and Redemption Christian Academy before studying communications, radio, and TV at Nyack College. He later received a degree in Aviation Management from Vaughn College.

Donovan got his start in politics after the tragic killing of a close friend inspired him to get more involved in his community and join the fight to end gun violence. He worked in numerous positions within the City Council where he connected with the community and developed a hands on approach to helping constituents. This knowledge was crucial in getting him elected to the city council in 2013.

As a fighter for affordable housing, he was proud to serve as the Chair of the Subcommittee on Zoning and Franchises during his first City Council term. He used this position to fight for rezoning in the Rockaways to increase residential availability as well as commercial and community space, including a new library. He also served as Chair of the Committee on Environmental Protection following Super Storm Sandy. Through his position he was able to help secure funding for flood protection to protect Rockaway communities.

He has been a steadfast advocate for criminal justice reform, most recently acting as Chair of the Committee on Public Safety. In that position he has held numerous hearings on NYPD protocols surrounding protests, cannabis, and the Special Victims Division. In the City Council he has been a proponent of closing Rikers Island and legalizing adult-use cannabis.

As Queens Borough President, Donovan is leading the efforts to revitalize our great borough and make it one which works for all of its residents and workers. 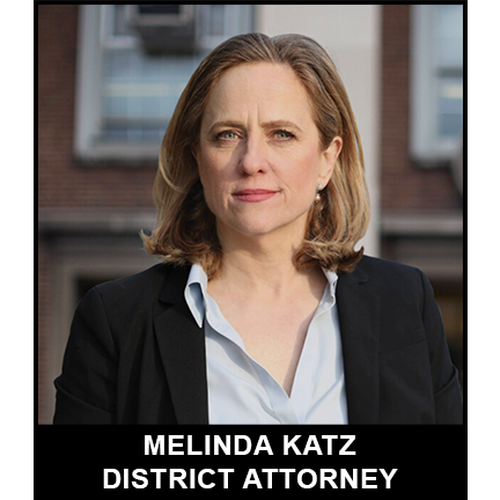 Melinda Katz was born and raised in Forest Hills, and is a product of our public school system. She has been a public servant for over 20 years.

After graduating with honors from the University of Massachusetts, District Attorney Katz attended St. John’s School of Law. Upon earning her law degree, she interned for future US Attorney General Michael Mukasey in the Southern District of NY and the Legal Aid Society.

District Attorney Katz served in private practice until she was elected to serve in the Assembly in 1994. As an Assemblymember, she authored and passed crucial legislation to protect the most vulnerable in our community. Her efforts resulted in laws that extended the Statute of Limitations for victims of child sexual abuse, provided women direct access to gynecologists and increased to a felony certain classes of endangerment of the welfare of a child. She also co-sponsored and fought for laws to prohibit discrimination based on sexual orientation and to establish and strengthen hate crime legislation.

As a member of the New York City Council from 2002 to 2009, District Attorney Katz served as Chair of the influential Land Use Committee, using her legal background and community ties to steward major projects that helped pull New York City out of the 2001 recession. Under her leadership, the Committee championed zoning measures that paved the way for redevelopment projects in all five boroughs, while safeguarding communities from overdevelopment.

District Attorney Katz has extensive experience in private practice, working as a litigator for Weil Gotshal and as a shareholder of Greenberg Traurig, a position she held until her election as the 19th Borough President of Queens.

As Queens Borough President, she worked to seal certain misdemeanor and non-violent felony convictions and grant warrant forgiveness to promote second chances in the communities most affected by mass incarceration.

District Attorney Katz is raising her two children, Carter and Hunter, in the same Forest Hills home in which she grew up. 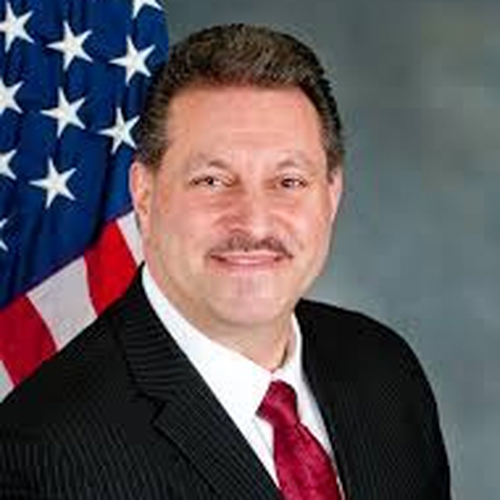 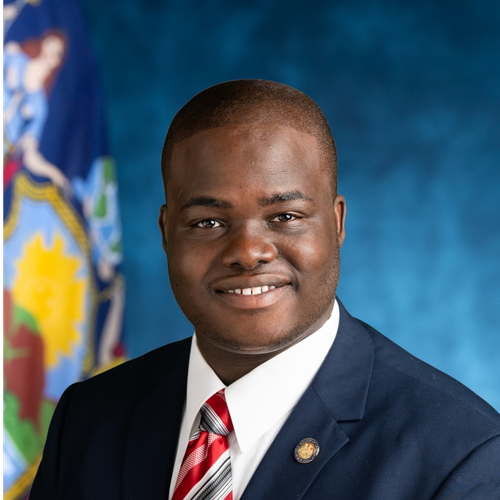 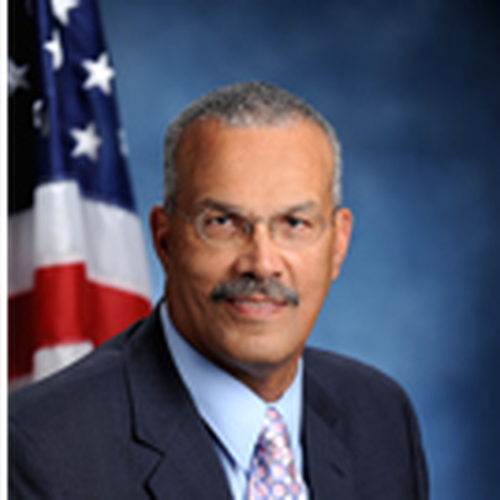 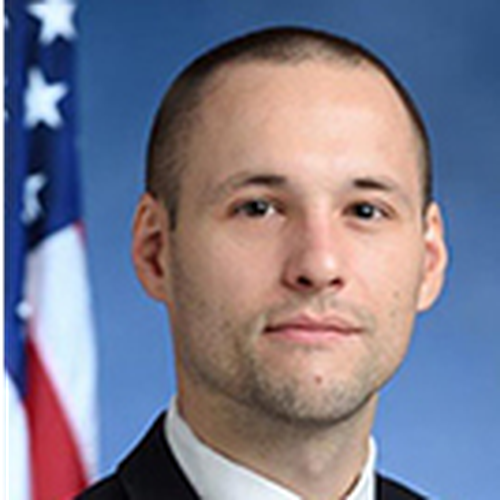 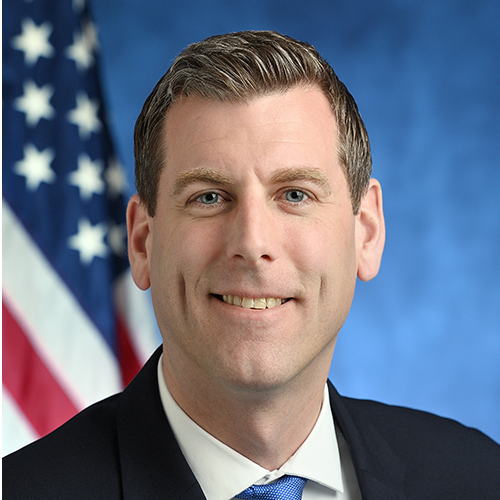 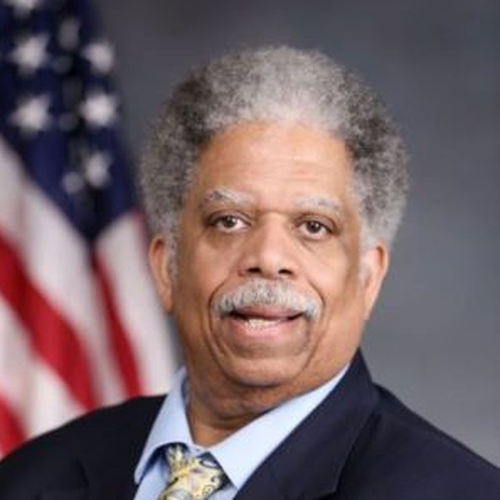 New York State Senator Leroy Comrie was elected to represent the 14th Senatorial District of Queens (encompassing portions of Jamaica, Cambria Heights, Queens Village, Hollis, St. Albans, Laurelton, Jamaica Estates, Briarwood, Hillcrest and Kew Gardens) in November 2014, officially taking office January 1, 2015. He grew up in the South Queens communities that he now represents, attending P.S. 116, I.S. 8, Jamaica High School and the University of Bridgeport, where he developed his passion for politics and government. He is a lifelong member of Saint Albans the Martyr Episcopal Church and was President of his local Community School Board.
Senator Comrie believes that government must be responsive to the needs of all people. His office is the conduit through which access to quality education, healthcare, and services for seniors; programs and resources for youth; avenues to enhance small business growth; increased public safety measures; and smart sustainable economic development that provides living wage jobs in the community are provided.
Senator Comrie’s positive impact in government is evident with his long track record of legislative accomplishments such as increasing tax and property exemptions for seniors, instituting the city’s first foreclosure prevention program, curtailing “pay-day” loans, improving the criteria for safety on construction sites, reducing truck traffic emissions, improving electrical and building codes, advocating for the containment of waste transfer stations, and increasing job opportunities by establishing direct-to-work training programs.

Senator Comrie took his decades of experiences to Albany, where he continues to serve the public and work tirelessly with his colleagues in government to ensure that residents of the 14th Senatorial District and all New York State residents have the very best possible opportunities and quality of life.

Leroy Comrie, Jr. is the son of the late Ruby Frith-Comrie and the late Leroy Comrie Sr., both of whom immigrated to the United States from Jamaica. He is the brother of Ronald E. Comrie, and has been married to Marcia Moxam since 1990. They are the proud parents of two delightful young adults. 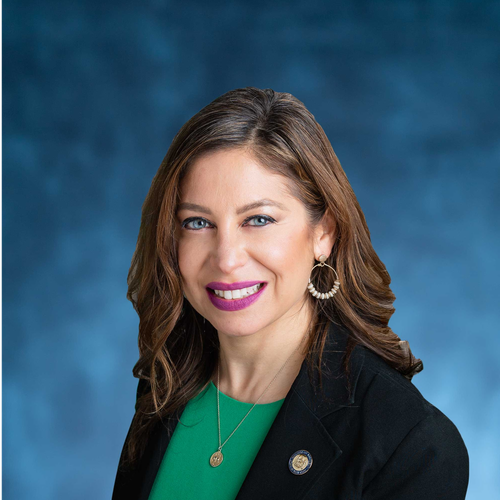 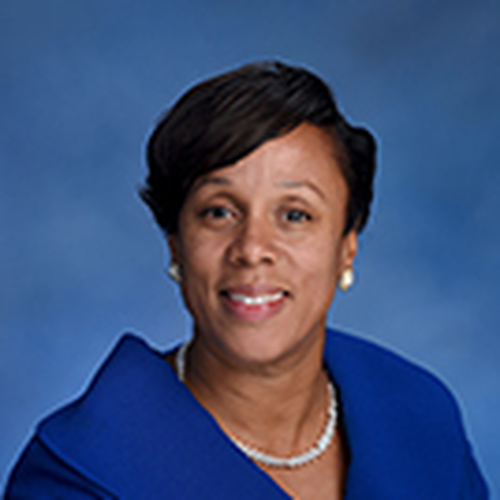 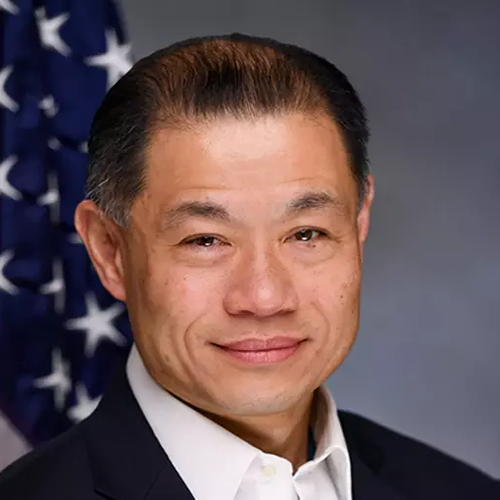 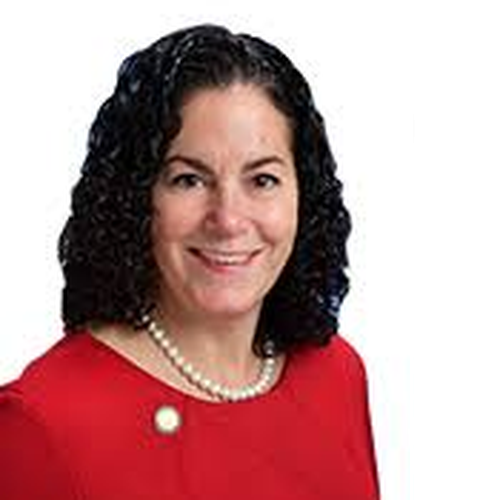 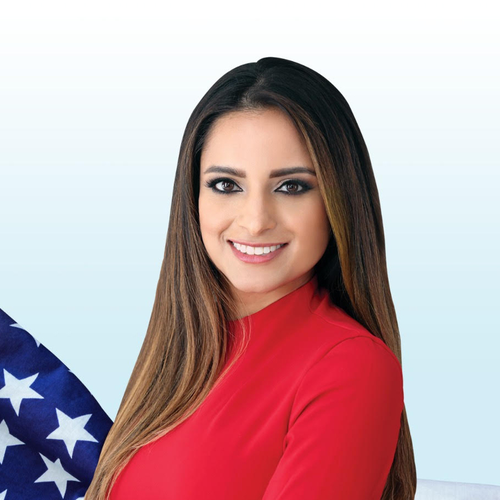 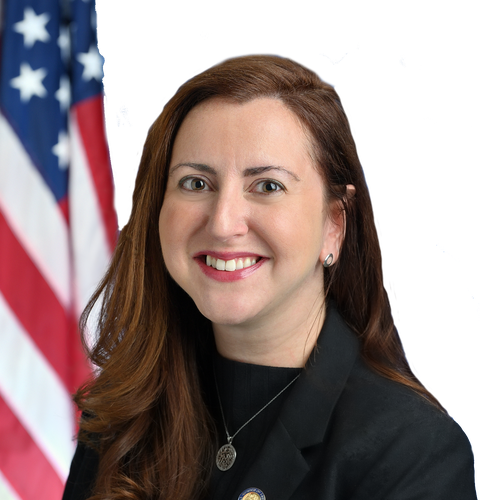 Assemblywoman Nily Rozic represents New York’s 25th District, which spans the Eastern portion of Queens, including the communities of Flushing, Queensboro Hill, Hillcrest, Fresh Meadows, Oakland Gardens, Bayside, and Douglaston. Upon her election in 2012, Assemblywoman Rozic became the youngest woman in the state legislature and the first woman ever to represent the 25th District.
In 2015, she was named Chair of the Subcommittee on Emerging Workforce that oversees workforce development programs and identifies the needs of New York's workforce. Since then, Nily has championed bills creating flexibility in the workplace, fair practices for work shifts, pay equity, and increased entrepreneurship in underserved communities. Most recently, she authored a new law to ease work schedules for state employees and expand current flexible workplace practices. In 2017, Nily was named as chair of the Task Force on Women’s Issues. She is currently the Chair of the Assembly's Office on State-Federal Relations.
Nily serves on the Assembly’s Ways & Means, Labor, Energy, Correction, Corporations, Authorities and Commissions, and Consumer Affairs and Protection Committees. She is a member of the Black, Puerto Rican, Hispanic & Asian Legislative Caucus and the Puerto Rican/Hispanic Task Force.
Nily is focused on serving Queens’ day to day needs for services and fighting for key quality of life issues in her district. In Albany, Nily is an outspoken advocate for working and middle class families, immigrant communities, and students, and she has already sponsored and passed legislation aimed at revitalizing New York’s environment, expanding government transparency, and strengthening the state’s workforce development system. She is also committed to social justice, equality and opportunity for all. 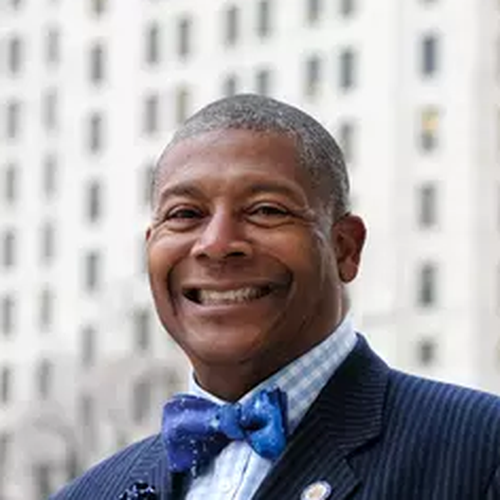 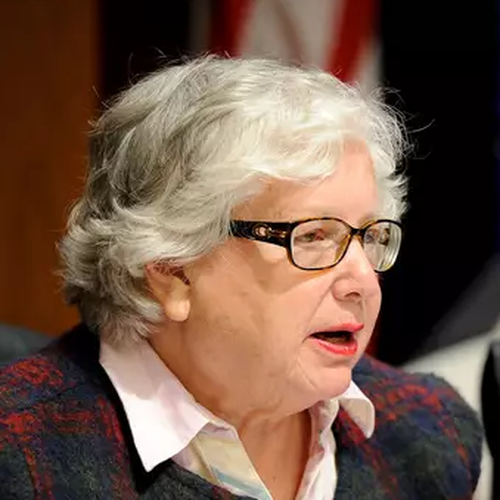 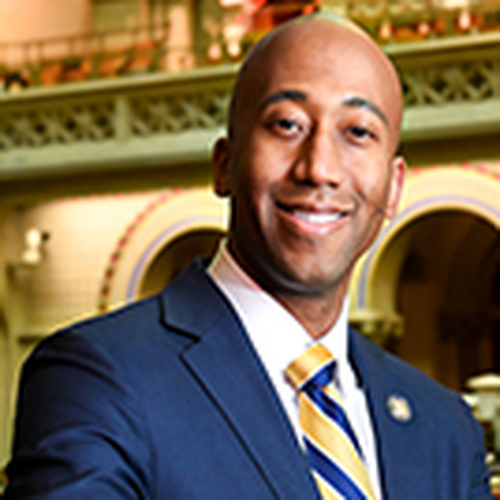 Assembly member Clyde Vanel was elected to the New York State Assembly on November 8, 2016. He serves the 33rd Assembly district of Queens, New York, encompassing the neighborhoods of Cambria Heights, St. Albans, Hollis, Queens Village, Bellerose and parts of Floral Park.
Clyde Vanel is an attorney, entrepreneur, private pilot and community advocate from Cambria Heights, New York. He previously served as the Chief of Staff for New York State Senator James Sanders Jr. Clyde Vanel is the owner and operator of Vanel Law Firm, P.C. where he focuses on intellectual property law, business law and wills and estate planning. Clyde is also an Internet entrepreneur. He is the owner and operator of TrademarkReady.com which provides trademark filing and protection services. Additionally, Clyde was the owner and operator of Vanel on First; a restaurant, bar and lounge in lower Manhattan for five years.
Clyde is the founder of the New York Metro chapter of the Black Pilots of America, Inc. The organization trains and exposes the community and youth to the field of aviation. Through the organization, many youth and community members have been trained in pre-flight of an aircraft and aviation-related trainings.
Assembly member Vanel has worked extensively in political community empowerment. He has helped many community members become involved with and informed the community regarding elections and political matters. Clyde has mentored young men with Eagle Academy in the Bronx and in Queens and the Young Men's Rites of Passage with the Allen A.M.E Church in Jamaica, Queens.
He holds a Juris Doctor from Boston University School of Law, where he served as the Editor-in-Chief of the Journal of Science & Technology Law.
He holds a Bachelor of Science in Aviation Administration and an Associate of Applied Science in Aerospace Technology from Farmingdale State College, where he served as the Student Government President.
Clyde Vanel was raised in Cambria Heights, New York, with nine siblings. He is a member of Kappa Alpha Psi Fraternity, Inc. Office of the Queens Borough President

Connect with 118 people attending this event 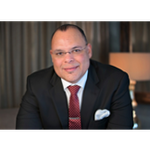 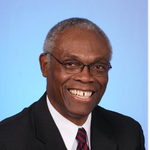