If you have any questions please contact Jef Gross at jgross@queenschamber.org or +1 7188988500.

John C. Liu is a New York State Senator representing a broad area of northeast Queens. He is chairperson of the Senate's committee on New York City Education and also serves on the committees of Finance, Education, Transportation, Alcoholism and Substance Abuse and Rules. John was Comptroller of the City of New York (2010-2013) and a New York City Councilmember (2002-2009).

In 2013, John was a candidate for Mayor of New York City, in lieu of running for re-election as Comptroller. Currently, John teaches municipal finance and public policy in Masters programs at the City University of New York (CUNY) and Columbia University.

*Please note: No walk-ins will be accepted for this event* 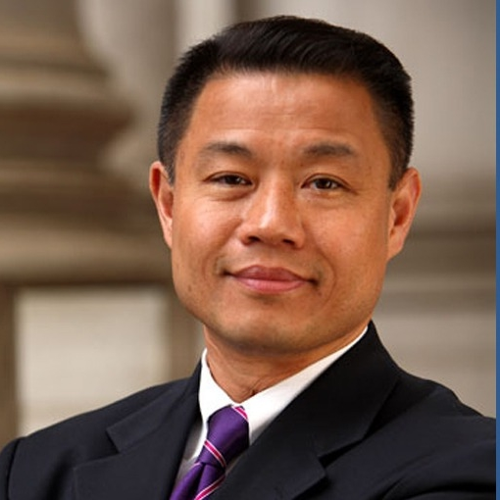 Always emphasizing that “it’s not just about numbers, it’s about people,” John Liu championed fairness and equality. An early and staunch opponent of stop-and-frisk tactics, John highlighted the risks to communities and taxpayers alike due to damaged police-community relations. John presented daily-updated M/WBE Report Cards for City agencies to monitor and encourage greater government contracting opportunities for minority entrepreneurs. John also proposed sound economic policies to create real economic growth and narrow the ever-widening wealth gap, protected wage standards and recouped back wages and fines on behalf of cheated workers from contractors who just don’t want to play by the rules, and exposed the billions of dollars in publicly-subsidized corporate welfare doled out by the City that failed to deliver on promised new jobs and fair housing. He published numerous reports analyzing and issuing recommendations on a wide range of public priorities, including education and the need to take students beyond high school, affordable housing and family support, retirement security and protection of pension benefits, and the fiscal and social benefits of legalizing marijuana.

As a member of the New York City Council, John Liu represented his hometown of Flushing and northeast Queens. He secured millions of dollars in additional funding for schools, libraries, parks, senior citizen centers, and youth programs. John served as chairperson of the Council’s Transportation Committee overseeing operations of the Metropolitan Transportation Authority, Department of Transportation, and Taxi and Limousine Commission, and enacted legislation boosting efficiency and efficacy of key City agencies. John also served on the committees on Education, Consumer Affairs, Contracts, Oversight & Investigation, Land Use, Lower Manhattan Redevelopment and Health.

John’s significant accomplishments as a legislator included exposing financial irregularities at the MTA, enacting legislation like the Equal Access Bill mandating on-demand language services in health and human services agencies, the School Zone Engine Idling Bill limiting engine idling near schools, and the Dignity for All Schools Act requiring the Department of Education to track bullying and harassment in schools. John used his office to fight hate and bigotry, and in too many instances denounced violence against immigrant workers such as restaurant delivery workers. John’s battles with radio shock-jocks and their corporate sponsors successfully brought an end to extreme racist and misogynist broadcasts in the New York market.