What This Means for Your Organization

The Chamber is pleased to present the Queens Borough President's Office speaking about the important relationship between nonprofit organizations and local government, and the potential for building stronger partnerships. (QBPO).

We'll be joined by Deputy Borough President Rhonda Binda and members of the team at QBPO Shurn Anderson is Director of Economic Development and Susie Tanenbaum is Director of Nonprofit Opportunities.

As participates you'll have an opportunity to share how your nonprofit could benefit from this unique opportunity.

Mark your calendar, click the link to register and make plans to join us. 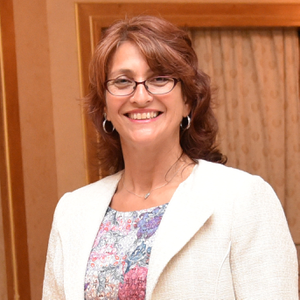 Director of Development at Queens Centers For Progress

Wendy Phaff Gennaro is the Director of Development at Queens Center for Progress (QCP), a not-for-profit agency in Jamaica, New York that provides services to people with developmental disabilities. Ms. Gennaro joined QCP in 2010 and is responsible for implementing development strategies for the human services agency. Through her strategic efforts, QCP significantly increased its annual fundraising through its Footsteps for Progress Walk, the creation of Team QCP, which participates in endurance events, and through the agency’s largest fundraiser – its golf outing – which has grown to a million dollars over the years.

Prior to joining QCP, Ms. Gennaro was a consultant at Be the Example, where she created and implemented social media marketing, enhanced the organization’s online presence and donor database. Community-minded, she has served in many organizations, including: President/Co-Founder of the Make a Difference Club in Garden City from 2007 to 2009; a member of the Leukemia and Lymphoma Society’s Team in Training program from 2005- 2010; Outreach Associate for the Long Island Volunteer Center in Hempstead from 2009 to 2010; and currently sits on the board of the Queens Distance Runners, a vibrant community of Queens runners, and was appointed by the Queens Borough President as a Board Member to Community Board 8, Queens in 2018.

In 2016, Ms. Gennaro created the Queens Chapter of Achilles International, an organization whose mission is to enable people with disabilities to participate in mainstream athletic events to promote personal achievement, enhance self-esteem, and lower barriers to living a fulfilled life. Since its inception, Queens’ Achilles athletes have crossed the finish line in dozens of marathons in New York City and as far away as Paris.

Continually reimagining herself to grow professionally and personally, Ms. Gennaro got her start in her professional life in the beauty and cosmetics industry working for such prestigious companies as Vidal Sassoon, Aveda Products and Sebastian International. From beauty she segued into the music business with a twenty-five-year career that began with band management and wrapped up with managing a wholesale import/export record company which she was instrumental in growing into a multi-million dollar business.

After her success in the music business, Ms. Gennaro decided to give back and shift her career to the not-for-profit sector. Always generous in giving of her personal time for worthy causes and sharing her talents with others for the betterment of the community, she started running and raising money for charitable causes in 2005. At first she hated the running, but loved the fundraising. She now enjoys both and continues to run and fundraise to this day.