Are you a local nonprofit organization? Our Not for Profit committee wants to hear from you. 2022...

Are you a local nonprofit organization? Our Not for Profit committee wants to hear from you. 2022 is in the history books, it's time to assess what you need to sustain operations as the new year kicks off.

What's on your priority list? Creating a supportive Board? Best practices to help streamline processes? Funding is always the number one need.

If you're a local nonprofit, this is your opportunity to share with our Not for Profit committee once again and build the foundation for strategic programming to address your needs as 2023 approaches.

The Viscardi Center is our featured nonprofit organization.

Mark your calendar, click the link and register to participate for this virtual assessment. 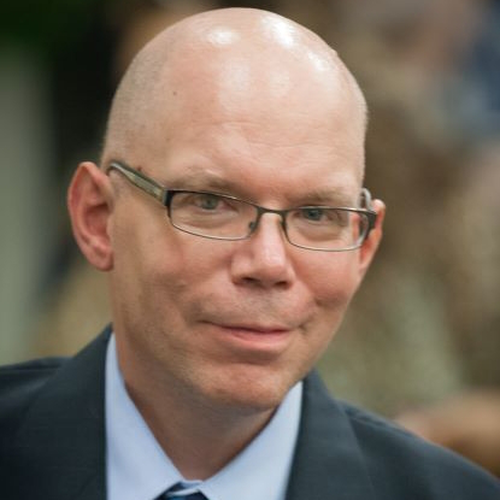 President and Chief Executive Officer at The Viscardi Center

Dr. Chris Rosa became President & CEO of The Viscardi Center, a network of non-profits that educate, employ and empower children and adults with disabilities, in January 2022. He also serves as President of the internationally renowned Henry Viscardi School. Dr. Rosa is a staunch advocate for equity and economic justice for people with disabilities, being a wheelchair-user since age 12 who has Limb-Girdle Muscular Dystrophy.
A published disability studies scholar, he serves in national leadership roles for organizations that promote access and wellness for Americans with disabilities. He is also a sought-after orator and speaks frequently on higher education and social mobility for people with disabilities; disability as a key dimension of diversity, equity, & inclusion; disability and intersectionality; and American disability culture.
Before joining Viscardi, he served as the Assistant Vice Chancellor for Student Inclusion Initiatives at the City University of New York (CUNY), the nation’s largest urban public university system. In this role, Dr. Rosa designed and led programs that promote access, equity, and inclusion for students who have historically under-participated in higher education, including CUNY’s more than 11,000 students with disabilities, 3,200 student veterans, 17,000 LGBTQI students, and over 6,000 undocumented students.
Dr. Rosa’s higher education governance includes serving as Interim Vice Chancellor for Student Affairs and the University’s Assistant Dean for Student Affairs for CUNY’s 25 campus system. He joined the CUNY Office of Student Affairs in July 2004 after 11 years of student affairs experience at his alma mater, Queens College. While at Queens College, he served as its Director of Services for Students with Disabilities, as Director of its Student Support Services Program, as its 504/ADA Compliance Officer, as its Chief Diversity Officer, and as a Student Disciplinary Officer. At Queens College, he collaborated with the New York City Department of Education’s District 75 to create its Inclusive Higher Education Program.

Dr. Rosa earned his B.A. in Sociology & Philosophy from Queens College in 1989 and his Ph.D. in Sociology from the CUNY Graduate Center in 2001, with a dissertation entitled “Disability Rites: Constructing American Disability Culture”. A native New Yorker, Dr. Rosa is deeply engaged in his community, having served as a youth basketball coach in the CYO program at St. Ann’s Roman Catholic Church in Flushing.