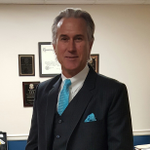 From Thief to Chief is a true story of crime, racism, poverty, brotherhood and rehabilitation. The book chronicles Mr. Lowry’s personal struggle to escape the gutters of New York City to rise to the top of the Nassau County Police Department. As the only white kid in a black and Latino street gang, the stakes were high and fraught with peril. Each day brought a new challenge until the night someone put a gun in his hand and said, "Let's go". He lived to tell this story, others didn't.

The story is set in Flushing and other familiar Queens locations. 100% of the proceeds of the sales from the publisher go directly to ISLAND HARVEST FOOD BANK to feed the hungry and the homeless. https://store.bookbaby.com/book/From-Thief-to-Chief 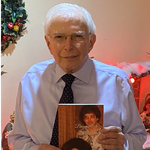 Joe was born in Brownsville, Brooklyn to Italian immigrants in March 1941. He migrated to East New York, Canarsie and finally, in 1973, to Beechhurst. Married to Nicoletta since January 1965, they have four boys, born between December 1965 and February 1971, and eight grandchildren ranging in age from one to twenty-one.

Joe has always been an entrepreneur, owning various small businesses in New York since the early 1970s, including hair salons, supermarkets, and Italian restaurants. His Manhattan hair salon was well known among celebrities and Joe was the personal stylist for Elizabeth Taylor in the mid-1970s. In the early 1990s Joe wanted to stay closer to home and opened Marraccino Hair Salon in the North Shore Farms (formerly Waldbaum’s) shopping center.

Currently, Joe spends his time binging Netflix, hopelessly rooting for the Knicks, Jets and Mets, reading, writing and enjoying his wife and grandchildren. In April 2020, restless from the lockdown, he started his memoirs, Beechhurst to Brownsville: An Italian American Adventure, published in October 2020. He is currently working on a compilation of love letters sent to Nickie in 1964 while Joe was in the Army.