How To Protect Your Family Business:

From Your Actual Family

Maybe you started your business, or joined a family business. Or purchased a piece of property. If you're a business owner, you may have some questions and concerns about what happens if your marriage ends in divorce, or you go into partnership with family members.

When you enter into a marriage, you become an economic partner with your spouse. What is the best way to protect yourself and avoid conflicts down the road?

Mark your calendar, click the registration link and join the conversation for answers to this pressing issues. Believe me you'll be glad you did. 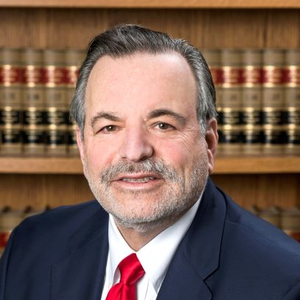 Of Counsel at Abrams Fensterman

Retired Justice Jeffrey D. Lebowitz is Of Counsel at Abrams, Fensterman, Fensterman, Eisman, Formato, Ferrara, Wolf & Carone, LLP. Judge Lebowitz focuses his practice in the areas of matrimonial and family law, commercial litigation and alternative dispute resolution (ADR). He devotes his practice to litigated matters across a broad spectrum of legal issues, leveraging his experience as a Supreme Court Justice to offer a unique perspective to these engagements.

Judge Lebowitz is an at-large member of the Executive Committee of The Family Law Section of The New York State Bar Association and elected to the Board of Managers of the Queens County Bar Association. He was named one of the Ten Leaders in Family Law, as well as being designated as a New York Super Lawyer in family law since 2019, a distinction earned by only five percent of the lawyers in the New York metro area.

Judge Lebowitz brings a wealth of knowledge to the firm’s practice groups and has written extensively in the area of family law. He has spoken before the Association of Collaborative Family Law Practitioners, the Law Department of the City of New York and the Queens County District Attorney’s Office. Samuel J. Ferrara is an Executive Partner and Co-Director of the Matrimonial Law department at Abrams, Fensterman, Fensterman, Eisman, Formato, Ferrara, Wolf & Carone, LLP.
Mr. Ferrara represents a variety of clients in a range of matrimonial and family law issues, as well as transactional, corporate and commercial matters. He has particular expertise with contested custody cases, high net worth cases and commercial transactions.

Mr. Ferrara counsels clients throughout all phases of the divorce and separation process, including custody/parental access disputes and support/property distribution issues. He also assists clients in resolving corporate and commercial issues. His experience includes transactional work such as buy/sell agreements for multimillion dollar entities and smaller, individual transactions. These include such issues as employment, shareholder and partnership agreements, licensure issues, and real estate and general business/corporate consultation. Mr. Ferrara is also well-versed in ADR, serving as mediation counsel as well as mediator in multiple disciplines.
A top litigator and negotiator, Mr. Ferrara attained Fellowship in the American Academy of Matrimonial Lawyers, and was named one of the Ten Leaders in Family Law, as well as being designated as a New York Super Lawyer since 2008, a distinction earned by only five percent of the lawyers in the New York metro area. Mr. Ferrara was selected by his peers for inclusion in The Best Lawyers in America® in the practice area of family law since 2015. A Partner of the Law Firm of Wisselman, Harounian & Associates, P.C. established in 1976, is a recognized leader in the field of matrimonial and family law. Her unique multidisciplinary background, including a graduate degree in Behavioral Forensic Psychology and Family Systems Therapy, enables her to adeptly handle - - and successfully resolve - - complex divorce, custody and support matters in the Family and Supreme Courts on Long Island and New York City. Recognized as an AV® Preeminent™ rated litigator, and having tried numerous and complex, high income and asset matrimonial and family law cases, as well as bench trials, and having prepared and argued appeals before the First and Second Departments of the Appellate Division, Ms. Harounian has demonstrated her competence and credibility with judges and adversaries. Ms. Harounian nevertheless believes that a negotiated settlement is often the best strategy, especially if there are minor children and co-parenting is desired. Her approach is straightforward, responsive, and client focused. She emphasizes respect and compassion during the divorce process, and guides her clients towards a holistic and cost effective resolution of their matter that is in their best interest.

Her many exceptional achievements during 25 years of practice, include Martindale Hubbell's highest rating for ethics and professionalism (2020). She was chosen to the Super Lawyers list for seven consecutive years, and also twice selected to its most prestigious list -- “Top 50 Women Lawyers” in New York, as the only Long Island matrimonial lawyer. Her research articles, including, "Legal Implications of Religious Divorce", “Fertility Law” and “Intellectual Property in Divorce Matters” have been published and presented at national and state level conventions including AFCC 2020 and the WBASNY 2019 annual conventions. She is the author of Divorce Reality Check, and a co-author of the 2020 bestseller Networked.

Ms. Harounian has a long history of public service, including pro bono work for The Safe Center. She has raised awareness and funds for a range of social and legal causes on Long Island. She served as an Instructor of Family Law at Hofstra Law School for over ten years, lectures regularly to attorneys, judges, mental health professionals, accountants, and women’s groups. She is a sought after speaker for a range of topics including financial and legal empowerment, cultural competency in mediation, fertility law, cyber- harassment, intellectual property, negotiating skills, and mental health / addiction issues. She is fluent in Farsi and well versed in the Jewish Gett and Middle Eastern religion and culture.