This week we'll be joined by our sponsor Joe Ogno, President of FlexSpace America will share workplace strategies for companies to get back to work safely and productively post Covid. 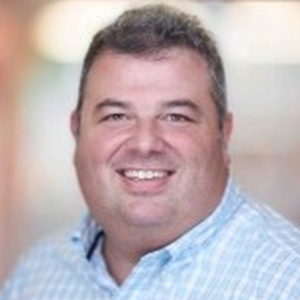 Joe has furnished offices, stadiums, hotels, hospitals, universities, government agencies and temporary spaces. The question; “how will work tomorrow… next year…3 years from now?” is rarely considered. It was always a good starting point, now, it’s a matter of health and safety as well.

He takes all of his experiences and to help you make better decisions about the only space that matters…yours! 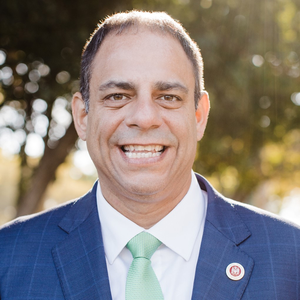 Costa Constantinides represents the New York City Council’s 22nd District, which includes his native Astoria, as well as Rikers Island, parts of Jackson Heights, Woodside, and East Elmhurst. As chair of the Environmental Protection Committee since 2015, he has been committed to fighting the effects of climate change and keeping it from forever changing New York City’s landscape.

The son of a Greek-Cypriot immigrant and an education activist, Costa grew up immersed in the diverse fabric of Astoria. When he was elected in 2013 with more than 65% of the vote, Costa became the first Greek-Cypriot-American to hold a New York City office. He was elected to his second term in 2017 with 97% of the vote.

Sustainability, resiliency, and air quality have been among Costa’s top environmental issues long before he was sworn in. Growing up in western Queens meant seeing power plants go up in Astoria and Long Island City — often next to public housing — despite unified opposition from the community. As a volunteer after Sandy struck the area in 2012, Costa also saw first-hand what the storm did to the most vulnerable citizens.

In April 2019, Costa led the effort to pass the Climate Mobilization Act, the largest carbon emissions reduction ever mandated by any city in the world. The eight-bill package tackled greenhouse gas emissions from large buildings, made the first step toward closing fossil fuel power plants, and required green roofs on new buildings.

Costa has also sought to make District 22 stronger, especially when it comes to education. He has supported initiatives that prioritize hands-on learning in the STEM curriculum. Central to that effort has been allocating capital dollars to put a hydroponic science lab in every school in his council district, so students can learn about biology, agriculture, and nutrition like they never have before. He also worked with the School Construction Authority and the Department of Citywide Administrative Services to put solar panels on every solar-ready school in Council District 22by 2020.

In 2016, Costa worked with the de Blasio administration to secure a historic $30 million to reimagine Astoria Park. Work is underway to renovate the heavily trafficked running track, which will now surround a brand new soccer field. That will be followed by a new Charybdis Playground, new walking paths, and rain gardens to absorb excess stormwater. Since taking office, more than half the parks in District 22 have been renovated or funds have been provided for renovations.

Costa has also been committed to creating 500 new units of senior affordable housing by the end of 2021. That goal hit recently hit a milestone thanks to a partnership with the Department of Housing Preservation and Development. More than 100 senior appropriate units will be created on what’s currently a municipal lot on 31st Street near Broadway, ensuring that seniors aren’t priced out of their own neighborhood.

Costa attended P.S. 84 and P.S. 122, both in Astoria, before graduating from William Cullen Bryant High School. He attended Queens College and Cardozo Law School while also working as a toy store manager.