Please join us for our weekly Facebook LIVE program. It's an opportunity for the Chamber to share with the business community during this pandemic.

This week we'll be joined by District 30 Council Member Robert Holden who'll discuss the recent walk through of Fresh Pond Road and businesses like Kid's Fun House and Laser Bounce which were not included in the reopening phases of business. He'll also talk about ways for businesses to remain open during these uncertain times.

Jeffrey Rosenstock, Assistant Vice President for External and Governmental Affairs at Queens College who serves as a Chamber Board Member also joins us to share how CUNY has been impacted during these challenges times. He'll discuss what the future Queens College in our new normal. 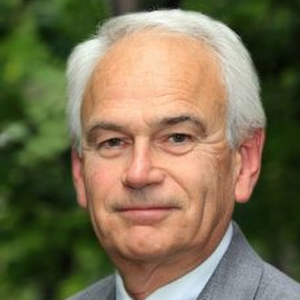 Robert F. Holden was born in 1951 and raised in Maspeth. He and his wife of 45 years, Amy, have lived in Middle Village for decades and have three children and four grand children. Holden worked as a graphic designer and served as a professor at New York City College of Technology (CUNY) in the Department of Communication Design. For 25 years, he held the office of president of the Juniper Park Civic Association, which represents the neighborhoods of Middle Village and Maspeth. During that time he also served as Managing Editor and Art Director of the Juniper Berry Magazine, the JPCA’s 96-page color magazine. First published in 1940, the Juniper Berry is considered one of the finest all-volunteer civic magazines in the nation. Holden also served as webmaster of the JPCA’s informative website, www.junipercivic.com.

Robert Holden has received several achievement awards from the United States Congress, New York State Senate and the New York City Council. In 2012 he was awarded a lifetime achievement award from the Queens Civic Congress for his volunteer work in the community. Prof. Holden also received the PSC-CUNY Excellence in Teaching Award in 1999.

The Juniper Park Civic Association, founded in 1938 and chartered in 1940, has grown to 1,750 member families and is considered one of the most active civic associations in the State of New York. Some of the JPCA’s accomplishments include: fighting to save the former Elmhurst Gas Tanks 6.5 acre site from becoming a big box store – it is now a park – and saving St. Saviour’s, a 1847 carpenter gothic-style church designed by world renowned architect, Richard Upjohn. The JPCA successfully fought against the Cross Harbor Tunnel that included a large train-truck intermodal in Maspeth and led an overdevelopment task force that downzoned all of Maspeth and Middle Village.

Robert Holden also founded the Midville Dodgers youth baseball teams for ages 10 -18, serving as president for 20 years. The Midville Dodgers won the NABF national championship in 2006 and are consistently one of the most successful baseball organizations in New York State.

In 1991 Mr. Holden co-founded COP104, a coalition of civic groups within the Community Board 5 area that sponsored monthly police and community forums for more than 20 years.

Robert Holden was a member of Community Board 5 Queens for 30 years, served as First Chair for seven years, and has been chairman of the board’s Public Safety Committee for 13 years. 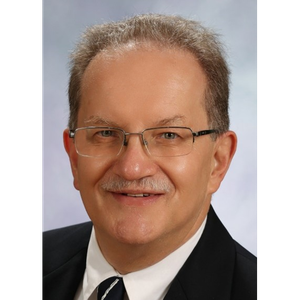 Jeffrey Rosenstock has served as AVP of External and Governmental Relations at Queens College, which is part of the City University of New York (CUNY). As part of his portfolio, Jeff is the Executive Director of the Kupferberg Center for the Arts, which includes the college museums (Godwin- Ternbach Museum, Art Center, and the Louis Armstrong House Museum and Archives), and the performing arts centers (2,100-seat Colden Auditorium, 475-seat Lefrak Concert Hall, and 480-seat Goldstein Theatre). The Kupferberg Center for the Arts is the largest cultural campus in the Borough of Queens which has a population of 2.4 million.

Jeff developed the CUNY Dance Initiative, a project which brings 24 New York City based dance companies to 11 City University of New York campuses throughout all five boroughs each year. He also founded the Louis Armstrong International Music Festival which is an all day Festival taking place in Flushing Meadows Corona Park, the site of the 1939 and 1964 World’s Fairs, and features local, national and international talent celebrating the legacy of the late Louis Armstrong.

Prior to coming to Queens College, Jeff served for 22 years as the Founding Director of Queens Theatre in the Park, a performing arts center which built its reputation on celebrating the diverse cultures of Queens and was hailed for establishing an annual summer “Latino Cultural Festival,” as well as the highly regarded Immigrant Voices” new play development project.
Jeff began his tenure by taking over an abandoned World’s Fair building (New York State Pavilion of the 1964 World’s Fair), and transforming it into a vibrant performing arts center/theatre which presented and produced over 300 events each season in the 476-main theatre, 99-seat black box studio theatre, and 75-seat cabaret.

Jeff has served as a panelist for the New York State Council on the Arts, the NYC Department of Cultural Affairs, and as a Board Member of the Alliance of Resident Theatres (Art/NY), the Queens Chamber of Commerce and Houses on the Moon Theatre Company.
Jeff is currently a board member of the Louis Armstrong Educational Foundation (which manages the estate of Louis Armstrong) and the Louis Armstrong House Museum.
Jeff works as a consultant for organizations providing strategic guidance and planning, searches for artistic and executive directors and management of specific projects.

He is currently representing New Jersey City University in a relationship that includes the college, AEG, and the Mayor’s Office of Jersey City regarding the renovation of an historic 3,100 Loew’s Theatre in downtown Jersey City.

Jeff is married, and he and his wife, Miledy Barahona, have three children, Nayarid, Yael and Arielle, none of whom work in the performing arts.