Are You Staying Healthy and Strong?

Coping During A Crisis - Good Mental Health and Pet Therapy

Fear, worry and stress are normal reactions to most individuals when faced with uncertainty or the unknown. These past three months Faced with new realities of working remotely, home-schooling of children, and lack of physical contact with other family members, friends and colleagues, it is important that we look after our mental, as well as our physical, health.

This webinar will not only explore our mental health but the role pet therapy plays in helping individuals cope with the challenges of these current times.

Join us as our panel takes guides us through the importance of a healthy mental life and shares how you can benefit. 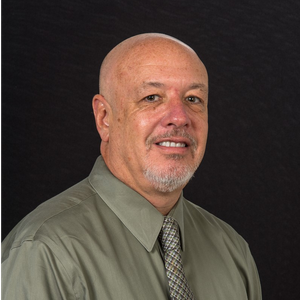 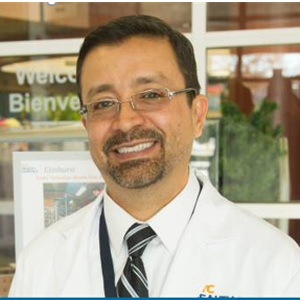 After receiving his medical degree in Valencia, Venezuela, Dr. Vladimir Gasca moved to California where he completed the Substance Abuse Studies Certificate Program at UCLA and directed a non-for-profit corporation dedicated to the treatment of chemically dependent individuals in Orange County. He ultimately relocated to New York where he obtained his psychiatric specialization at the Mount Sinai School of Medicine of New York University at Elmhurst Hospital. At Elmhurst, he has held several leadership positions such as the Behavioral Health Associate Director of Ambulatory Care Services and, since July of 2017, the Director of Behavioral Health Services. He also serves as a Board Member for Transitional Services for New York, a leading provider of Mental Health Services in the city.

Dr. Gasca has been recognized for his leadership and contributions to foster the health and well-being of the community of Queens. 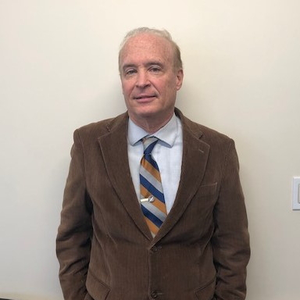 Eugene Shea is a Licensed Clinical Social Worker who has many years of experience working with a variety of substance abuse and mental health populations. He has functioned as both a clinician and a manager in Residential, Long Term Care, Clinic, Continuing Day Treatment Program (CDTP) and Personalized Recovery Oriented Services (PROS) settings. In addition to utilizing an array of evidence based practices, he has also developed innovative techniques for engaging individuals and group members in treatment. He is co-author and illustrator of all four volumes in a well-known series of Creative Therapy workbooks.

In 1994 Eugene Shea came to Transitional Services For New York, Inc. (TSINY) as an Assistant Director/MICA Specialist who created a specialized track of services for people who were dually challenged by both substance abuse and mental health conditions. He created TSINY’s weekly peer run Steplink group which was designed to make consumers of mental health services more familiar with, and more comfortable with, twelve step meetings in the greater community. He was a Divisional Director when he left Transitional Services For New York in 2010. Eugene Shea returned to TSINY in 2017 as Assistant Director of the Counseling and Crisis Center, where he continues to engage people in identifying personal motivations for change and practicing effective recovery strategies 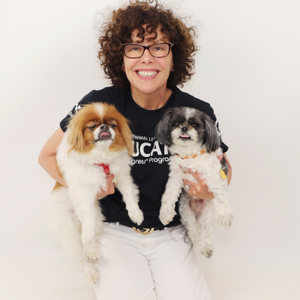 Jayne works with a variety of organizations, including: schools, libraries, universities, hospitals, animal shelters and other community organizations locally and across the country. She develops experiential programs that promote and support the dissemination and implementation of the Mutt-i-grees® Curriculum. The programs are developed to enhance students’ social emotional competence by teaching and reinforcing critical skills that are the foundation of academic and life-long success. The programs cultivate compassion, build resiliency, and teach ethical decision-making to help children care about themselves, care about others, animals, the environment – the world.
Developed by North Shore Animal League America and Yale University, the Mutt-i-grees Curriculum is a social emotional learning (SEL) program designed to teach empathy as a skill to the next generation while raising awareness of the plight of shelter pets. Jayne is passionate about making humane education and social emotional learning accessible to as many educators and children as possible.
Jayne earned a Bachelor of Fine Arts degree from the Boston Conservatory and previously worked in the entertainment industry in production, sponsorship and corporate development.